How the vines came into in the jungle

A legend of the Guarayu Indians from Bolivia.

In the old days, when the sky was so low that the jungle giants could almost touch it, there were troops of hungry jaguars who ate all the living creatures. The Indians feared them the most and they were looking for solutions to protect themselves against them. Every day one Indian was an involuntary meal for a jaguar. The only thing they could do was to flee as quickly as possible, but where could you flee if a few greedy eyes of a jaguar were shining behind every tree?

One day an old shaman had a splendid idea ... He took his bow in his hand, shot an arrow into the sky, then a second and a third ... and soon there was a ladder that reached from heaven to earth. The Indians came all around it and climbed up the rungs, also the old shaman. The jaguars burned with anger, when they noticed that their delicious meals had escaped them. They tried to climb the ladder themselves, but did not succeed. The rungs were so hard and smooth that the sharp claws of the jaguar found no grip. The Indians were safe and happy and waited what their enemies would do.

The jaguars were not about to let them go, so they stayed with the ladder instead of leaving. They walked with the tongues out of their mouths and walked around the ladder. They were thereby becoming leaner, because all the other animals also had found a safe place to hide. No wonder many jaguars died shortly afterwards. Fortunately they had a smart leader. He said: "The Indians laugh at us and soon we will lose our last remnant of strength and agility. We should go as long as we still are capable of!" It was really funny to see how the bloodthirsty group stole away with their tails between their legs.

The Indians could breathe freely now. The next day they returned to their villages and only the old shaman thought about what was to be done with the ladder. The Indians could not use it anymore. Their homeland was on earth, in the jungle. But it would be a shame to get rid of such a great ladder! Then the shaman had another idea. He grabbed the bottom rung with both hands and shook it until the ladder fell down noisily. Instead of falling apart sturdy prehensile tendrils grew up out of the ground where the ladder had fallen down. They hooked themselves to the nearest tree and the adjacent standing tree. They writhed around the stems and leaped from branch to branch smartly - through the whole jungle.

The shaman was satisfied. Instead of the rungs of the ladder to heaven there were now springing lianas, with whose help the Indians could pass by dangerous swamps or they could turn them into strong nets by making knots. That he also had created beautiful swings for the children and the monkeys, the shaman had not even thought of. 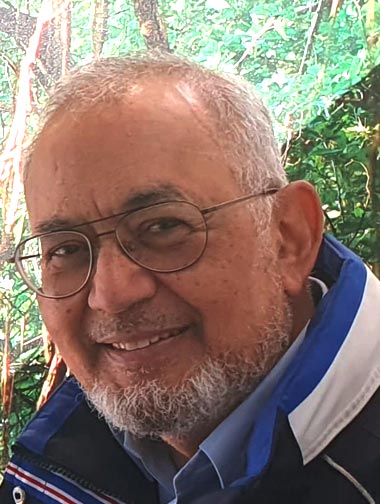